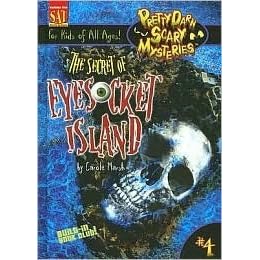 About Us. Our History. Contact us Meet Our Team! Avery, Ella, and Evan love dolphins! So when they get invited to see them up close and personal, they jump at the chance - just like their new dolphin pals Marco and Polo! But when dolphins start disappearing all along the coast, the kids are determined to find out what- or who-is the culprit! Take a dive into this mystery, and you'll be hooked! Before they know it, the kids are mixed up in an adventurous mystery where clues require them to use their best science, technology, engineering, and math STEM skills to find the answers!

Can they solve the mystery before the rattlesnake strikes?! In this mystery, there are additional pages filled with STEM materials you can use to learn about and solve problems such as: 1. Labeled diagram of a Bottlenose dolphin. Impress your friends with you knowledge of dolphin facts. Learn about the math term probability. Explore 3D printing - "it's the next big thing. Discover how dolphins communicate. Learn the etymology of dolphins. Discover how the sun warms the earth.

Memorize the words in the glossary. Like all of Carole Marsh's Mysteries, this mystery incorporates history, geography, culture and cliffhanger chapters that will keep kids begging for more! However, after a trip to a center that rescues orphaned grizzly cubs, where they learn how humans don't always play fair with wildlife, they begin to see a different side of the story. Mystery ensues, and the kids use high-tech STEM skills and high-tech gear to try to discover who or what is breaking into cabins across the region. Can they help without getting entangled in terrifying bear teeth?!

Before they know it, the kids are mixed up in an adventurous mystery where clues require them to use their best science, technology, engineering and math skills to find the answers! Mystery books have always been a great higher-order, critical -thinking genre, and the "real Kid characters" in this series eagerly get into using high-demand Science, Technology, Engineering, and Math STEM skills to solve each mystery! Impress your friends with your knowledge of Grizzly Facts. Learn what to do when you are in bear country.

Explore the grizzly etymology. Learn how to convert square miles into acres and how to convert acres to square miles. Explore carnivores, herbivores and omnivores. Discover the bears in the U. Learn about composting. Investigate bear hibernation. Examine Old Faithful in Yellowstone Park. A new shark species has been discovered off the South Carolina coast! Avery and Evan beg to "see real sharks! This title is aimed at boys and girls ages Mystery books have always been a great higher-order, critical -thinking genre, and the "real Kid characters" in this series eagerly get into using high-demand Science, Technology, Engineering and Math STEM skills to solve each mystery!

Additionally, each book has a great STEM section in the back with extra information on the science, math, technology, and problem-solving skills that are in the story, plus an extensive glossary, animal facts, and more! Who knew learning could be so fun?!! In this mystery, there are additional pages filled with science, technology, engineering and math you can use to learn about and solve problems such as: 1.

Discover the Engineering Design Process. What is a polygon? Shark sizes: Little, Big, and Mega-Big! Learn about the difference between high tide or low tide? Learn that not all shark teeth are alike. Discover sharks at risk 7. Impression your friends with your shark facts. Avery, Ella, and Evan love wildlife In this exciting mystery, these real kids, and new friends, encounter a whole lotta shakin' going on in rattlesnake country! But when that shakin' is coming from an about-to-strike rattlesnake-Y-Y-Yikes!

Before they know it, the kids are mixed up in an adventurous mystery where clues require them to use their best science, technology, engineering, and math skills to find the answers! Mystery books have always been a great higher-order, critical -thinking genre, and the "real Kid characters" in this series eagerly get into using high-demand STEM skills to solve each mystery! Impress your friends with your knowledge of rattlesnake facts. Discover angles. 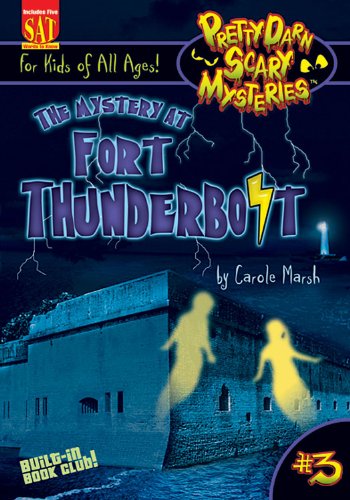 Investigate why Antivenom is Important. Learn how to read a chemical formula. Discover wind turbins. Explore Anemometers. Tarantulas can be terrifying - or are they really that bad?! Join Avery, Ella, Evan and Roo as they embark on an unexpected arachnid adventure! When tarantula traps keep appearing and disappearing! Baffling clues abound - and launch the kids into a spider web of mystery that requires-tech skills and high-gear to solve!


Labeled diagram of a Mexican Red-Kneed tarantula. Impression your friends with your tarantula facts. Learn about the differences between insects and arachnids. Discover the etymology of tarantulas. Learn how to make a pitfall tarantula trap.

Explore the average growth of Saguaro Cacti. Expand your knowledge of the amazing spider silk. Memorize the words and definitions in the glossary. This mystery is geared for boys and girls ages and features bother and sister, Avery and Evan, who help their mystery book writer grandmother solve wildlife related mysteries. Developmental Assessment Level: One kooky cookie factory! Well, keep those eyes peeled, guys, ghouls, and transdimensional beings.

Come for the thrills and stay for the mixed metaphors, kiddies! Most of you out there in the audience might remember the series because of this episode alone, which features kids being shrunk down and facing an army of ants. Honey, does this sound familiar at all? Dare I say this may be my favorite Cryptkeeper episode ever?

I dare. What were they called again? Only two episodes out of the entire series, in fact. Screw it. Or not. I don't give a flying bat's ass. Oh, look. Preteen girl vampire hunters roaming the dark and gritty streets of New York. That sounds completely adorable and not dangerous whatsoever! The voice acting for both of the main characters is too comforting and becomes an obstacle to engaging with the plot directly.

But what do you expect? Er, understatement. Despite this, the show was funnier than ever before. But they added an unpredictable flavor to the opening and closing scenes that made them more entertaining. Also, to throw in some variety, most episodes contained not one but two shriek-tastic stories for you too ooze over. Just make sure to clean up after you're done. We mean that in a good way. Could we ever mean it in a bad way? Depends on the season, we guess. Read that title again. You can't get much more '90s than this if you tried, kiddies.

Only if you were drinking Capri Sun while skydiving right smack into the middle of a martial arts tournament hosted by Sinbad could you get more '90s. Yet the story has this Are You Afraid of the Dark charm that you can't resist. Give it a shot, kiddies. Other than that, this is pretty much The Island of Dr. Well, duh. That aired in the time slot directly afterwards. Witch, please.

Well, I lied. Okay, it wasn't a lie so much. But I forgot about this episode until just now, because I have a lot going on. It's hard coming up with really bad puns. That's not really fair though, because it hits a particular interest of mine: amusement park dark rides. This story is about an uncle and his nephew who go on a haunted house ride that turns out to be a lot more realistic than either of them had expected.

In case you didn't know, dark rides can be quite terrifying, especially when you're little, and especially when you're me. If you don't believe that dark rides can be exercises in terror, wait until you're alone in a dark room at 3AM and click here. Guess who's back? That's right. Those two funny guys. We use the term "funny" loosely here, but you get it.

The Secret of Eyesocket island by Gallopade International - Issuu

In this sequel or, rather, companion piece to "The Brothers Gruff" from season one. This time, the two doofuses get their own special take on the old Jack and the Beanstalk fable. Because that's what the producers think will scare kids? Not exactly sure. But apparently, these two were a big hit last time. Too bad the didn't make an appearance in the third season, which is more like a revival than anything else.

It's called New Tales from the Cryptkeeper , and it sucks goblin dong. 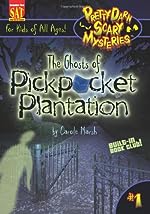